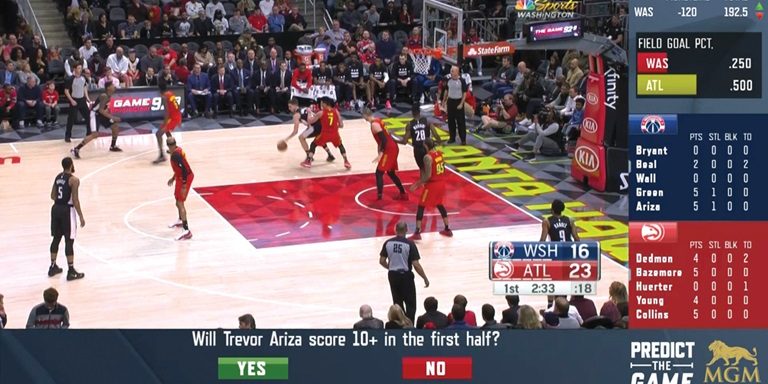 Washington Wizards fans will get a glimpse at how in-game sports betting will look later this week when NBC Sports Washington produces an alternate game telecast focused on gaming.

On Jan. 11, NBC Sports Washington Plus — the regional sports network’s overflow channel — will carry an interactive, alternate telecast of the Wizards-Bucks game — the first of eight similar games it will produce this season. Game announcers and advertising breaks will be the same as the RSN’s normal feed. But the screen will look like a cross between CNBC and ESPNews, complete with statistics, odds and point spreads that run alongside game action.

“We’ve been lucky because sports betting has rolled out in a way that has overlapped with our RSNs,” said David Preschlack, president of NBC Sports Regional Networks. “We’re trying to figure out ways to appeal to casual sports bettors to make the games more interesting. … One of the real differentiators of the RSNs business is being able to try new things in different markets.”